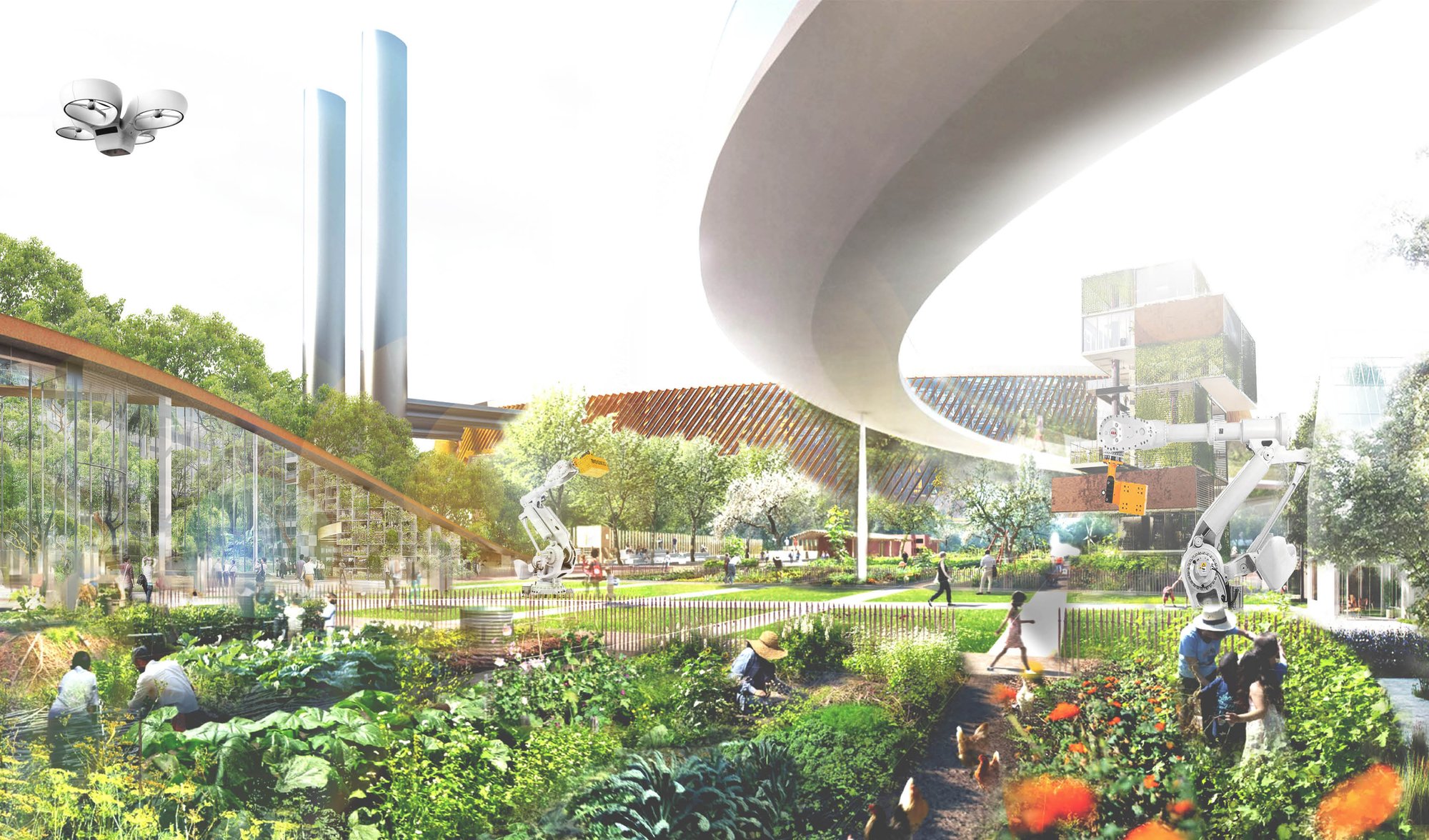 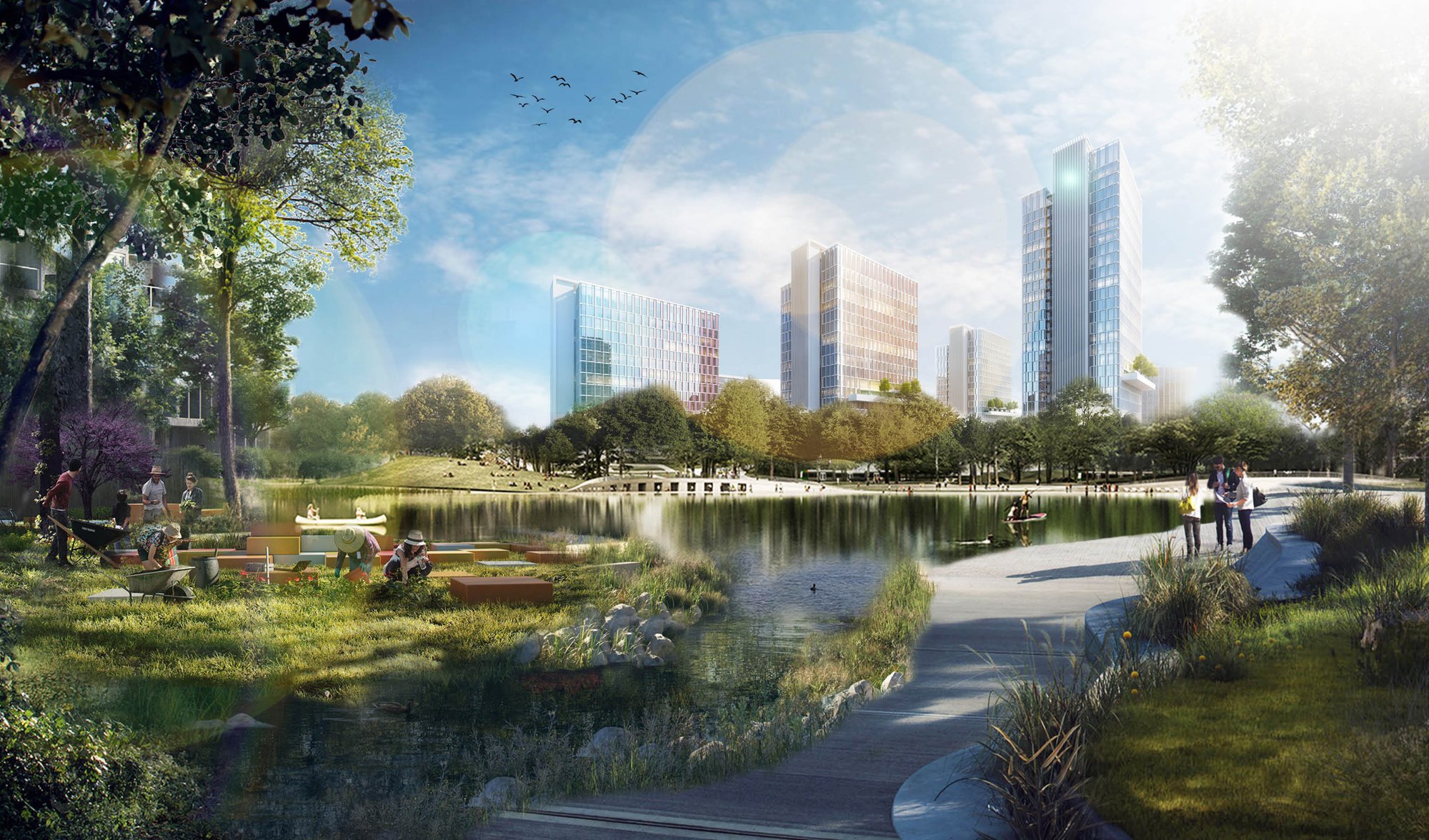 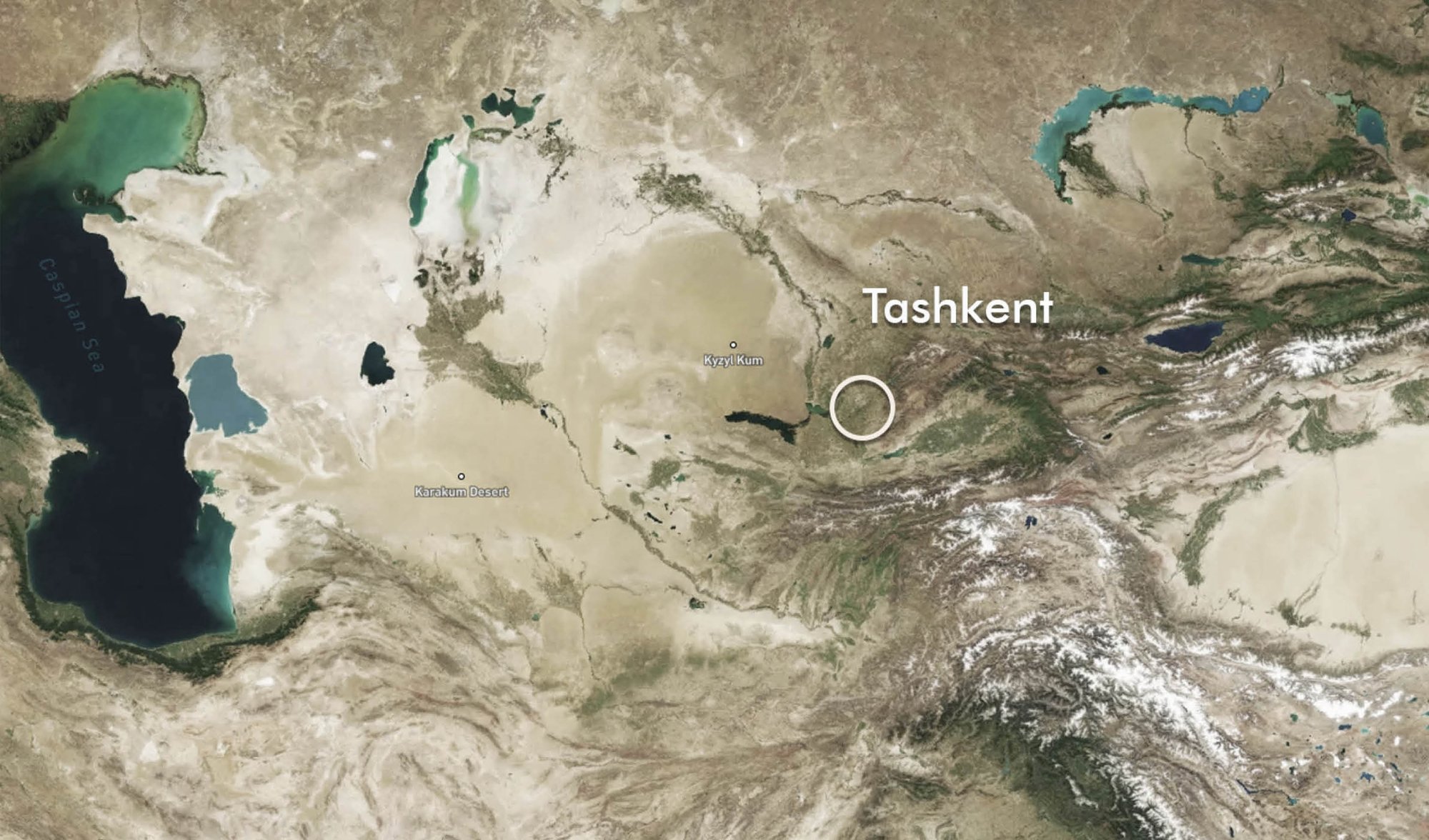 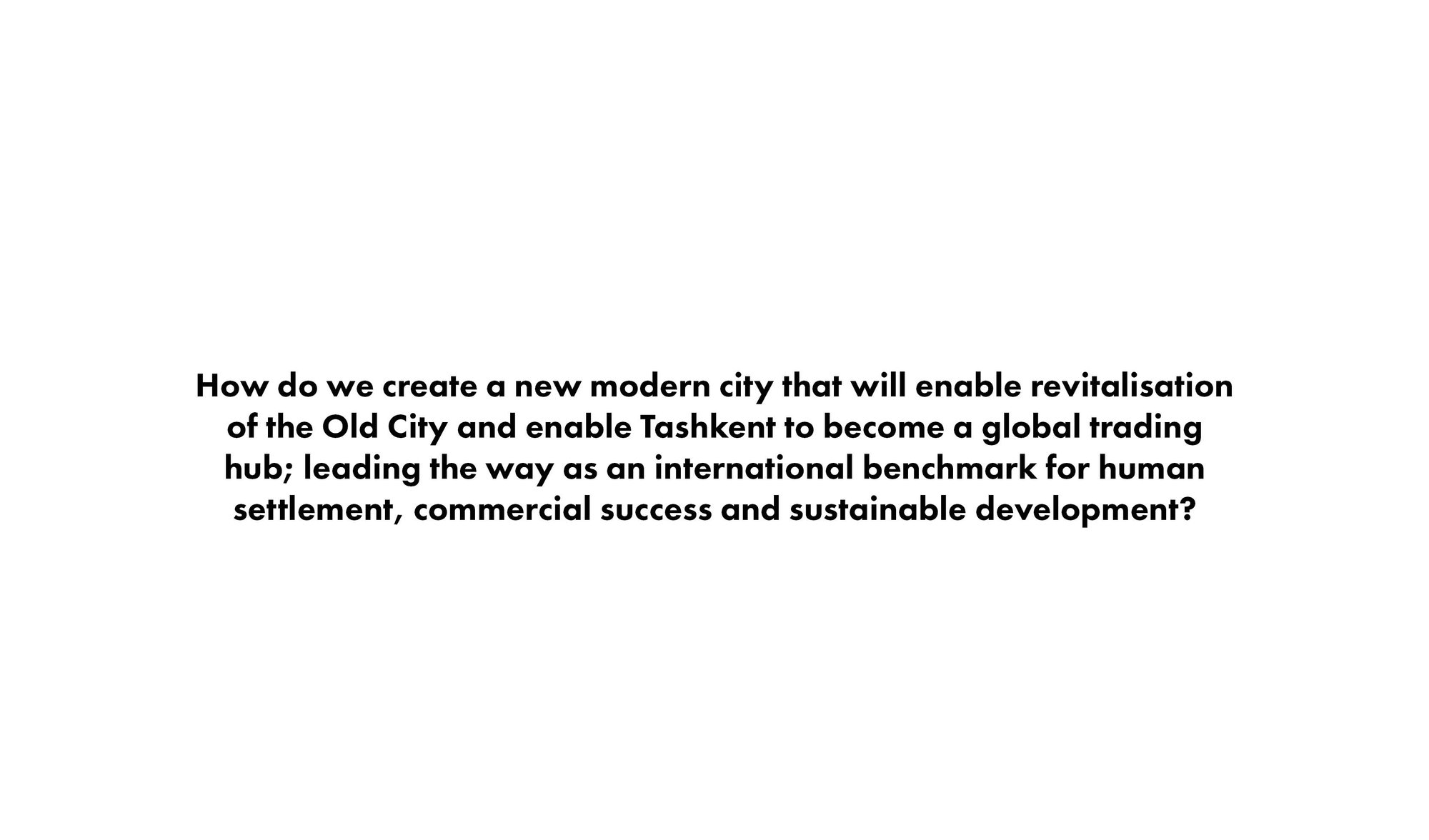 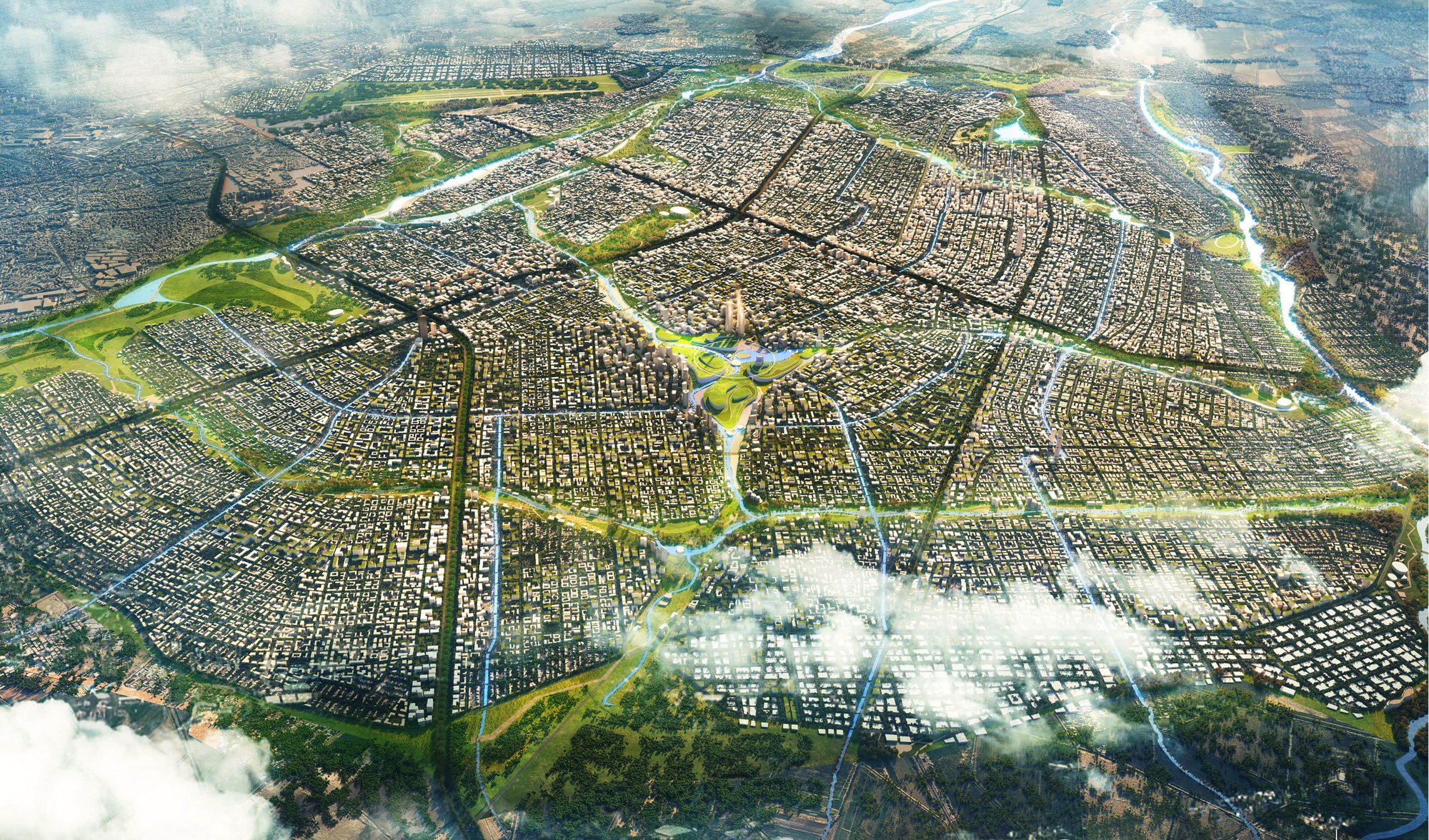 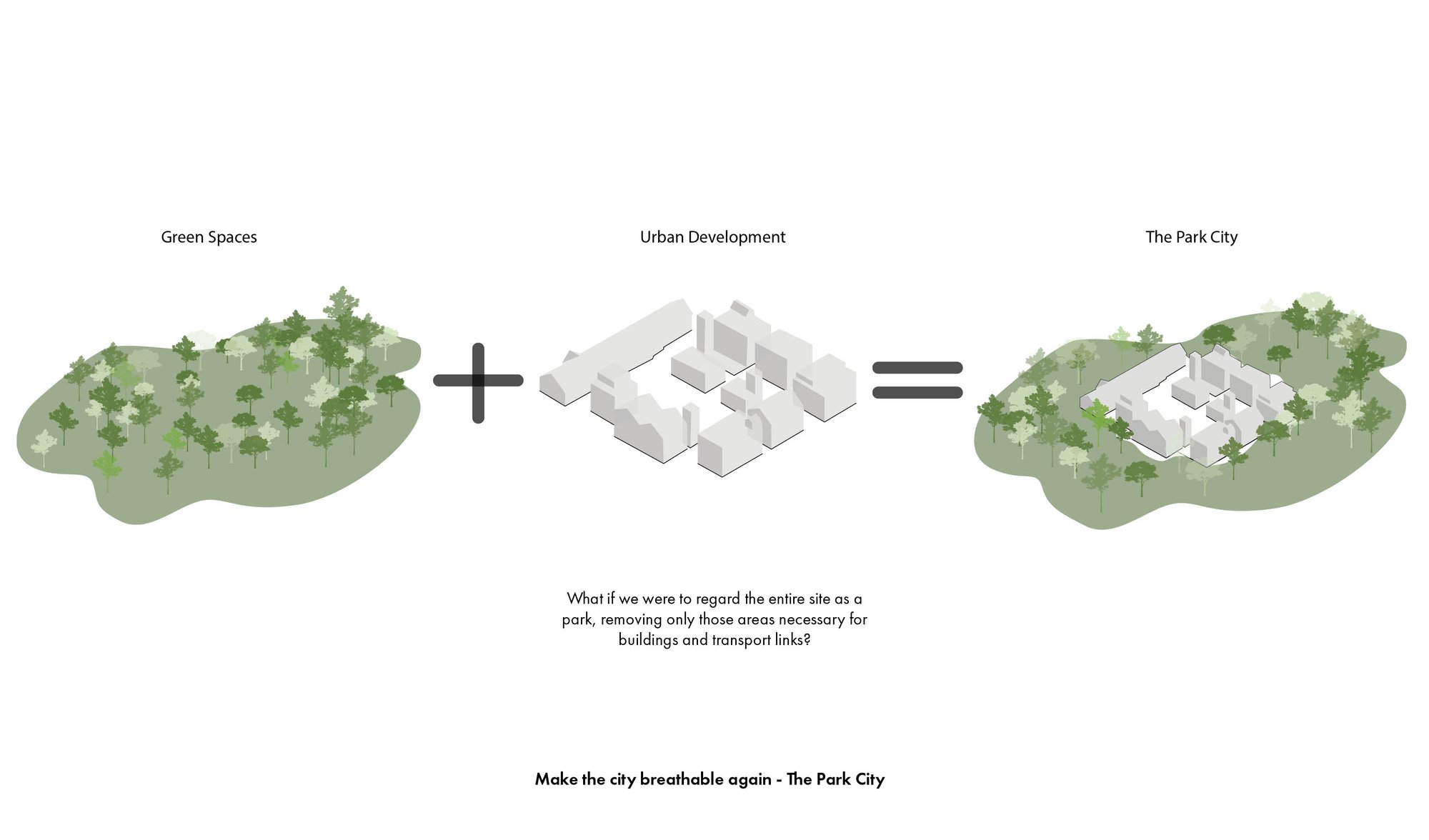 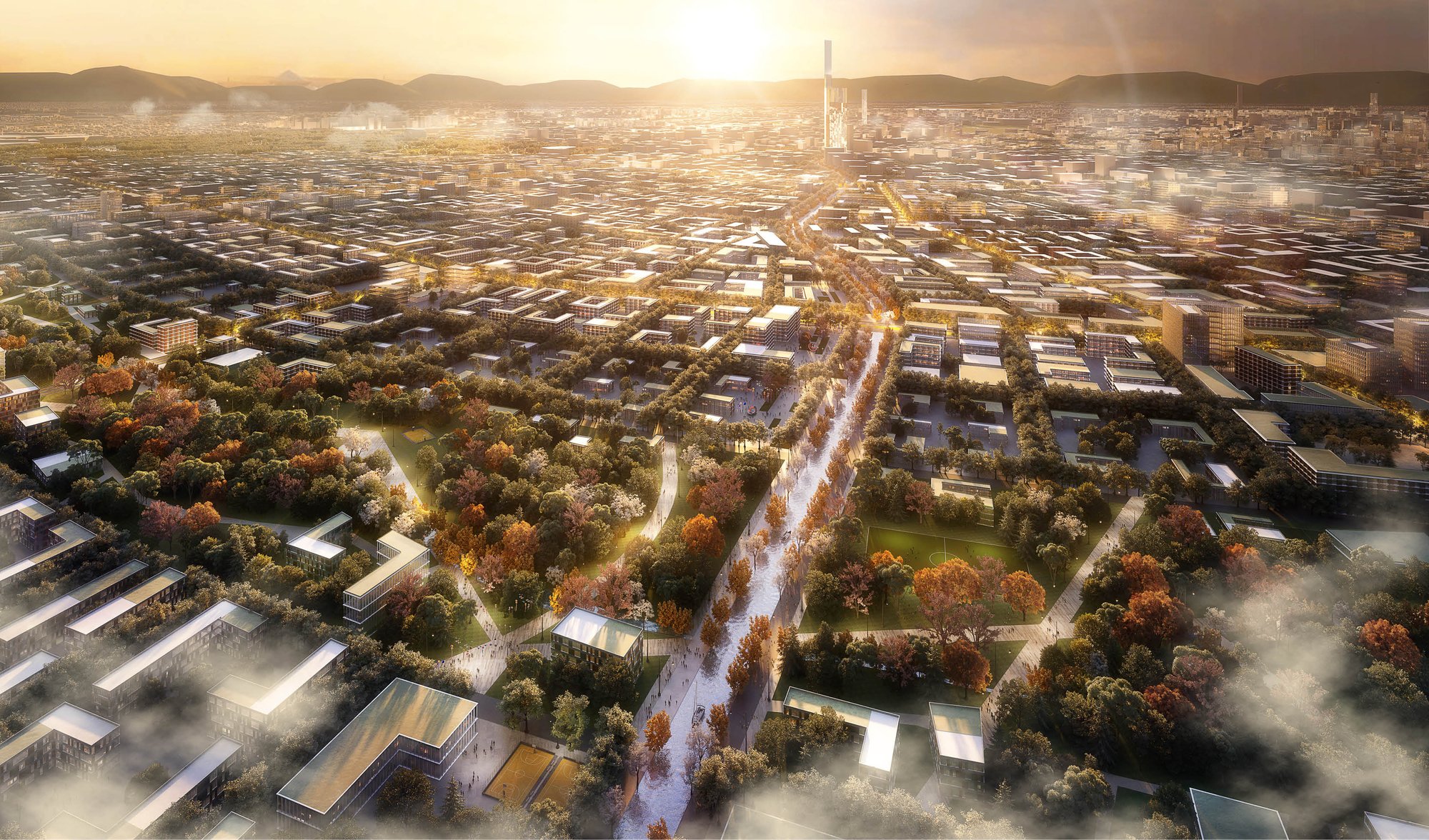 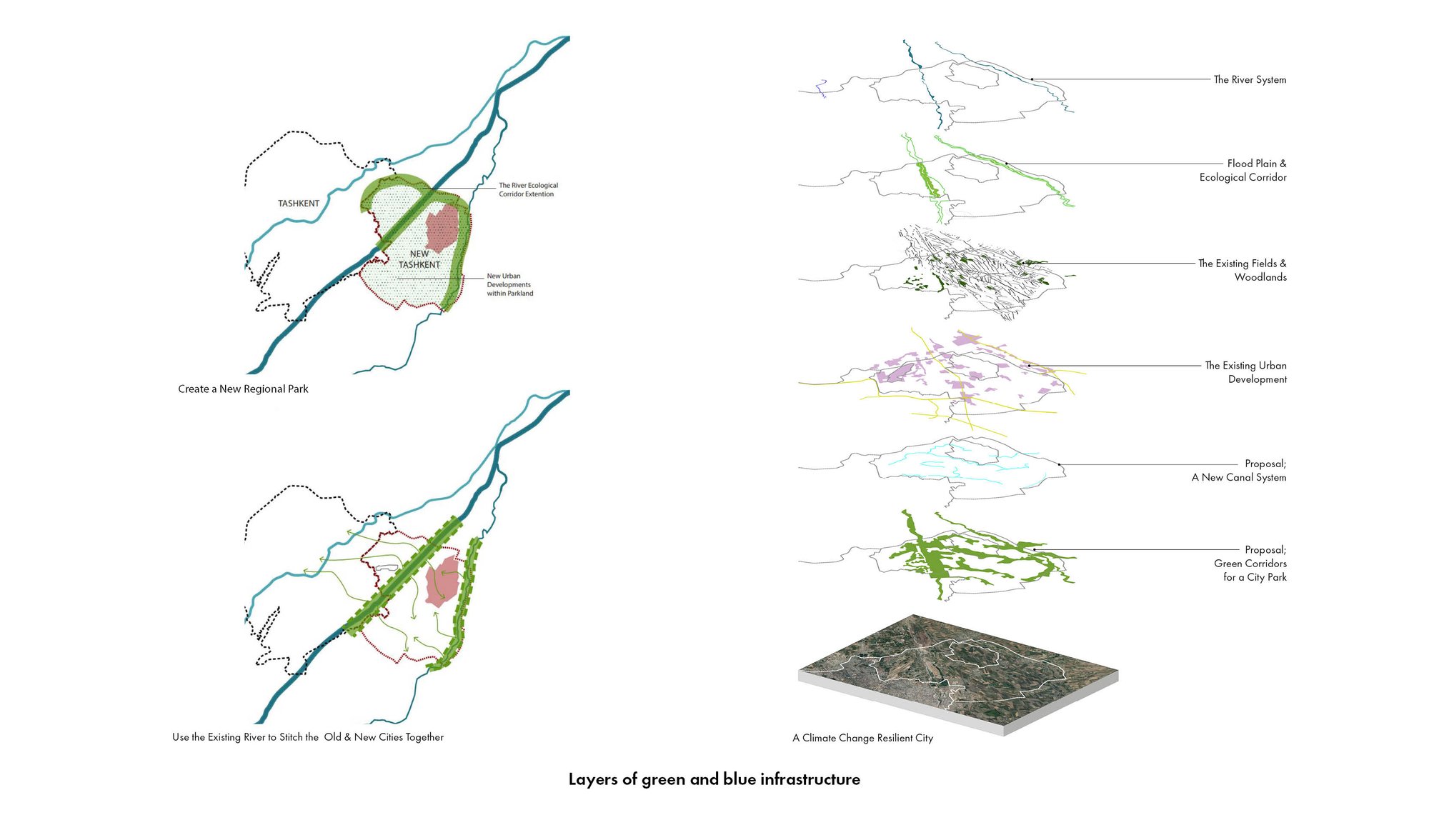 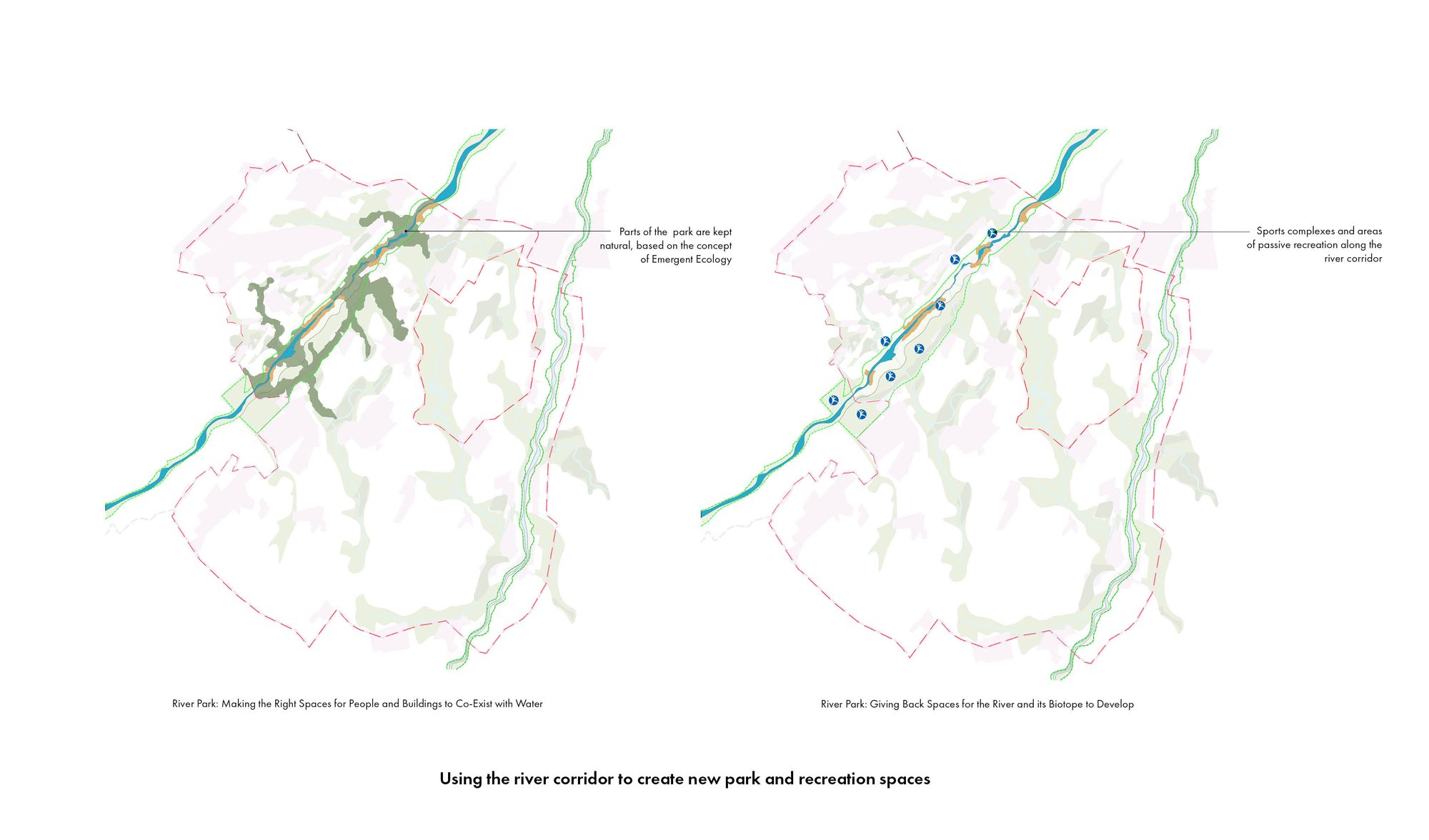 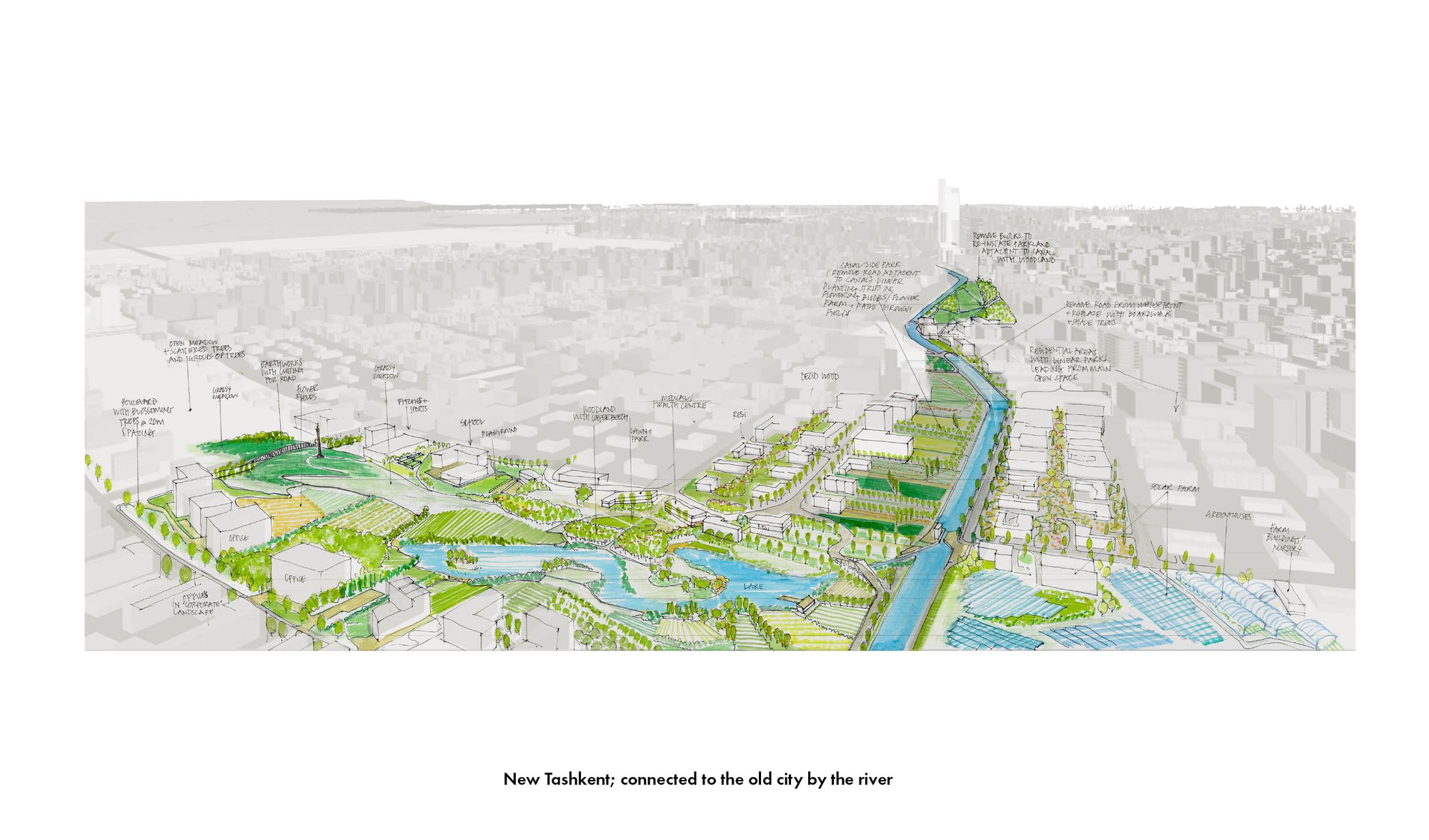 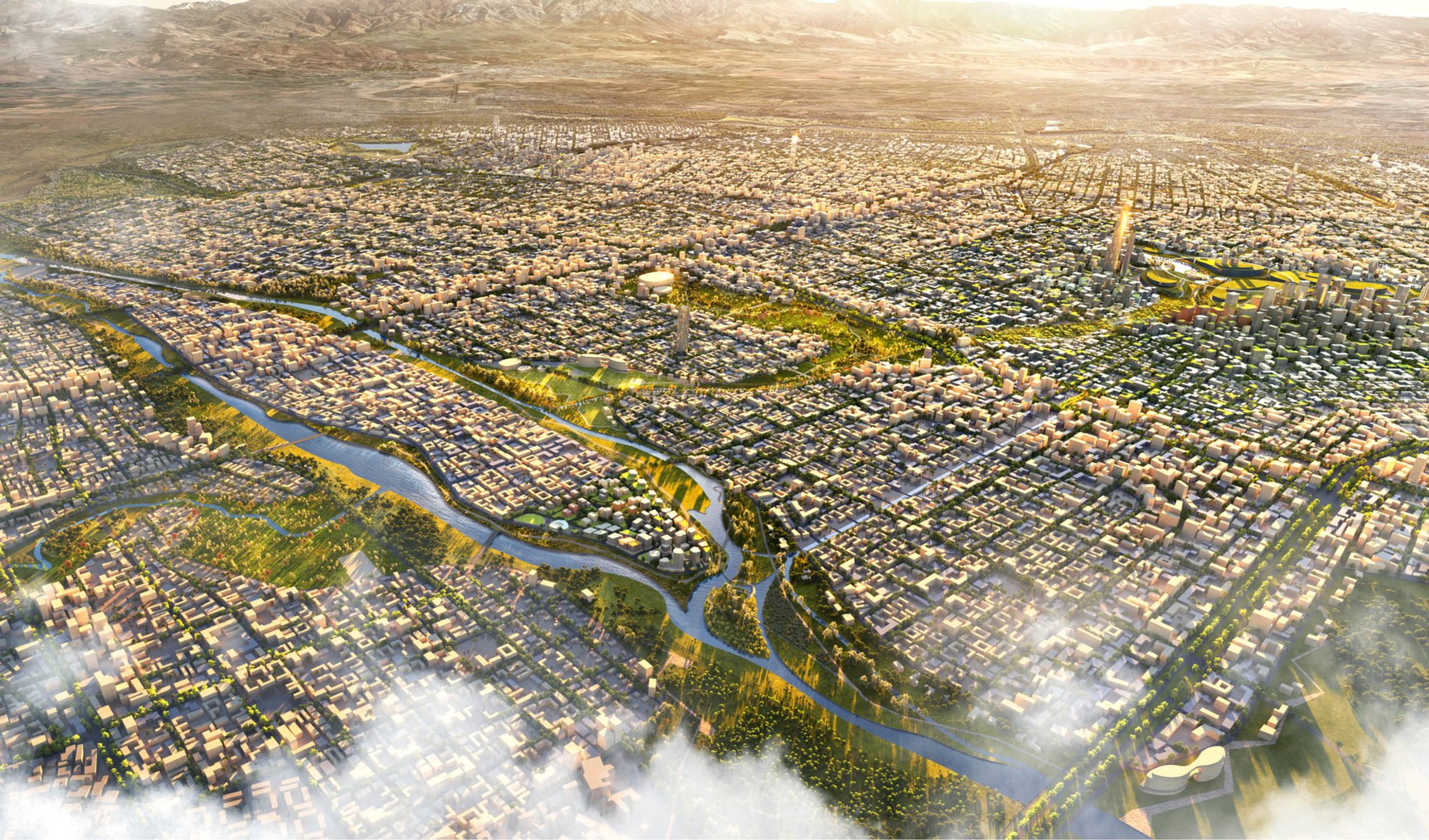 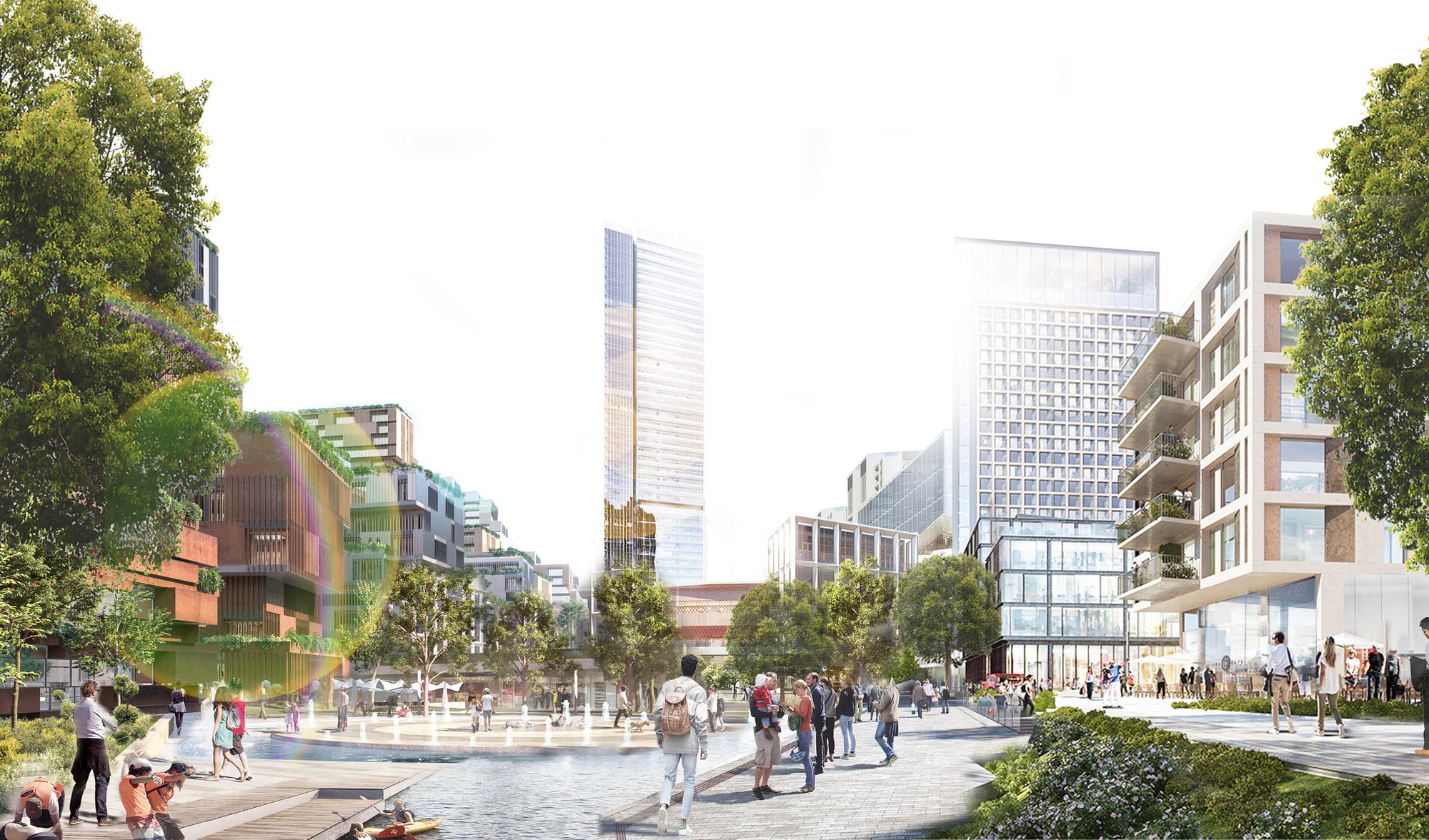 The project saw us developing a masterplan vision for a new capital city on a vast expanse of land of 20,000 hectares immediately east of the existing city of Tashkent. The site is located between the Chirchiq and Karasu rivers. The new city will include a new Airport City, Trade District, CBD, and Administrative District covering an area of 300 hectares.

The masterplan aims to also respond and leverage from its regional landscape including its rivers which will be a key city asset that will under pin other open space uses. As a result the site will be able to absorb and use the natural influences of the wider valley and contribute to the stabilisation and ecologies in the area, while also enhancing the livability of New Tashkent City.